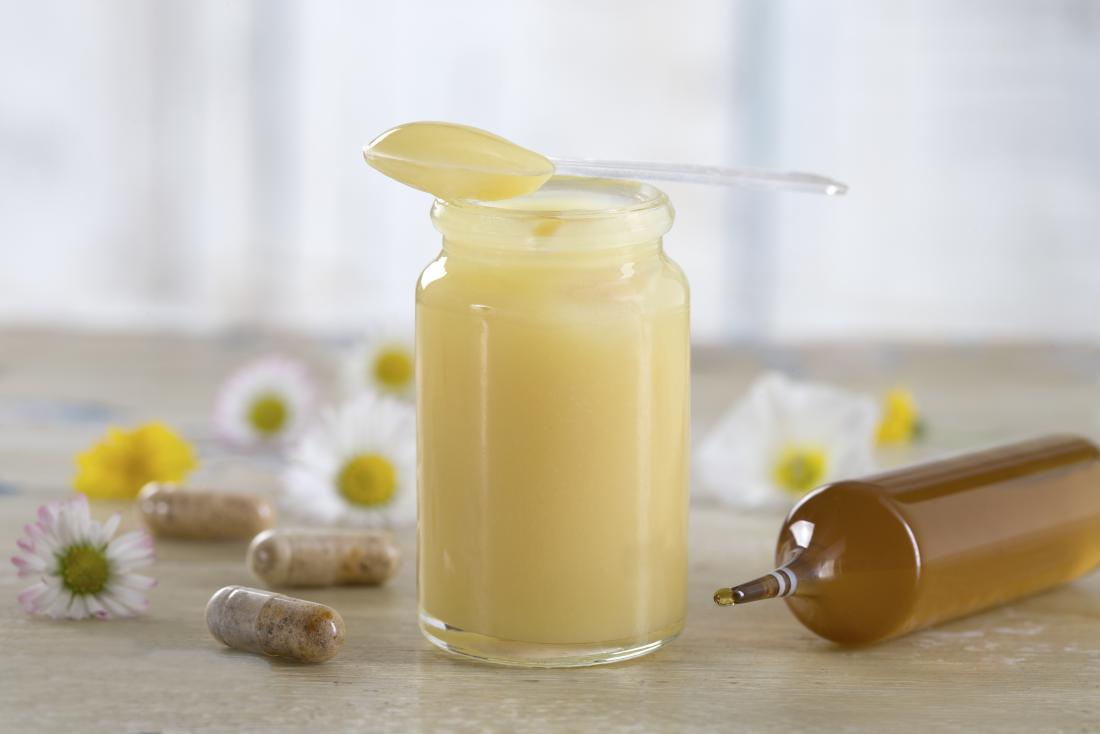 The nutritional content of royal jelly is a potential benefit in itself as the substance provides a range of essential nutrients that are necessary for good health. Royal jelly comprises:

There are small amounts of vitamins and minerals in royal jelly, including several types of vitamin B. It also contains some polyphenols, which are a type of plant-based chemical that is rich in antioxidants.

Royal jelly may provide relief from the symptoms of menopause.

A 2011 study looked at the effect of a combination of four natural ingredients, including royal jelly, on menstrual symptoms. The researchers gave 120 women either a capsule containing the four ingredients or a placebo twice a day over 4 weeks.

The women in both groups noted a reduction in symptoms, but those who took the capsule had significantly better results than those in the placebo group.

Royal jelly may also be beneficial for people with premenstrual syndrome.

What is Royal Jelly?